The oddness of Riyadh: the place and the people (part 3). 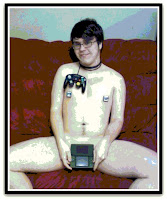 And so, here we have, unfortunately, the last instalment in the trilogy of our beloved Tefl colleagues. Can any other trade or profession boast such a large amount of total nutcases?

Mr. D
On his first day he arrived with no money and asked for an advance of 500 Rials. Later that afternoon we went shopping in the large mall opposite. Even though we were staying in a hotel at the time, this did not stop Mr.D from spending the entire amount on exotic chandelier lamps and cleaning equipment. On the first day in the office, the LAN cable would not reach his desk, and rather than call for a technician, he grabbed it and ripped it out through the flooring and brackets on the wall, so that maintenance had to come and fix the problem.

I agreed to go running with Mr.D at the back of the school in the mornings. It was a 45 minute run across gravel, and the temperature was 48 C. He turned up with no shoes on, but said nothing. We assumed that because he was tall and slim that he was a runner, yet within two minutes he was so far off the pace we couldn’t see him. To show how macho he was, the following day he decided to run around the school running track instead. Yet because it was nearly 50 C, running bare foot gave him such enormous blisters that he had to take time off work straight away.

Shortly after that, all the teachers were given a free laptop. However, rather than accept the gift, Mr D went to the principal to complain about the free bag that came with it. Soon afterwards, he refused to work if the water cooler wasn’t replaced daily; and he would repeatedly call the manager in charge of maintenance a ‘cock-sucker’ until it was done, whilst citing a long list of reasons why he should not have to work without water all day. On top of this, about a month in, he began to upset his colleagues, who were mostly Lebanese and Egyptian, by getting into heavy conversations about Israel and Bush, and calling them all ‘cock-suckers’ during heated tirades. One week this happened almost every day before first class, which was 7am, much to the annoyance of everyone else. One of our colleagues, whose village had been bombed by the Israelis, did not need much convincing.

It was no surprise that Mr.D did not last long, as he could not teach for toffee. Five weeks into the term, a parent complained and wanted to know why her son had nothing in his exercise book other than line after line, page after page, of the sentence ‘I MUST OBEY MY TEACHER’. Some weeks later he did a moonlight flit, owing the school thousands of dollars and one laptop.

Mr. C
In retrospect he was by far the strangest person I have ever met. The first indication of this came when he went to the hypermarket opposite where we were first placed and bought a Pro tennis racket and some pro balls. The serviced apartments where we were staying then made a complaint after he converted his bedroom into a tennis court (which was quite possible, as it was a reasonable size and had marble floors and wall). He had moved everything out of the said bedroom and put it into the main room, meaning that you could not even open the door to enter properly and had to climb over furniture. The cleaners complained they could not do their job, and he was moved into another apartment. Before that happened, however, he took another trip to the hypermarket to buy some cheaper balls. The pro balls he had bought were too bouncy and he couldn’t control them.

The second strange thing that Mr. C did was to travel 33 kms across the city to buy a cheap Chinese bicycle. Although it was still August and very hot, he decided to cycle back in the middle of the day. The problem here was that the bike was so cheap it was impossible to change gear, and one of the pedals fell off half-way though the journey. In addition, he told me that many cars had tried to ram him off the road. When he asked me to repair the gears, the bike was so heavy that I couldn’t turn it upside down and rest it on its handlebars without help - it must have weighed well over 20 kgs.

It wasn’t until he refused the door-to-door transport arranged by the school that I began to wonder what sort of person he was. Even though the school was 18 kms away, Mr.C decided to walk to work instead. On the first day he woke up at 3am to get to school on time and was unable to fully complete the journey on the way back. On the second day he walked half of the journey to work before taking a taxi and was unable to walk back, choosing instead to accept the door-to-door transport provided instead. On the third day he abandoned the idea, much to the relief of the vice-principal.

In class any student who talked or got an answer wrong would have to come to the centre of class and do ten press ups in front of everyone. Most classes ended with a quick powerpoint of Mr C's time in the military. Should any student not want to study in class, he needed only to begin the lesson by asking him about something they had seen in his powerpoint presentation, safe in the knowledge that the course syllabus would be abandoned and the entire lesson devoted to his time in the military. How to handle machine guns was a point of great interest.

Things then took a bizarre turn in the winter. Having abandoned the unrideable Chinese bike he had previously bought, he purchased a sports tourer and began riding it to work. This went badly wrong very quickly when he attempted to ride it down a flight of concrete stairs. He fell off and fractured his shoulder. The problem here was just weeks before Mr.C had decided to buy a long leather trench coat, identical to that worn in The Matrix, along with some dark sunglasses, and he dressed entirely in black. He continued to do this even though he came into work with his arm in a pink sling, which was impossible not to laugh at. Of course, any student who did laugh, which was just about every student in the class at some point, was forced to do extra press ups.

Eventually Mr C resigned after his wife (affectionately named Robocop, on account of her metal knee plate) was denied a visa.

All true I promise.

So, there you have it - a truly rich panoply of Tefl weirdoes and fruitcakes!

Now, do YOU have  any similar stories of personal oddness and eccentricity to add to the collection? Please feel free to enlighten us by adding a comment below!
Posted by The TEFL Tradesman at 9:45 PM

I'm sure one of these guys is Paul Lowe.

What, you mean the guy in the photo?!

There's no Paul Lowe involved, whoever he is.

Sounds like a few people I know. Love this blog. TEFL

If Paul lowe IS the guy in the photo Simon Green-Fried will possibly enlighten us. He blew Paul Lowe s bugle a few times methunks!