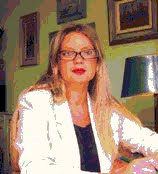 You see! I've only been back in the country a few weeks, and my TeflTrade spooks are STILL beavering away tirelessly, unearthing crap schools and passing on the news to Sandy. The latest piece of hot 'intelli' concerns a dump in London that rather grandly refers to itself as
The Burlington School of English, and that rather gross-looking trout alongside is the Principal.
The report begins: "Several comrades have informed me about the Burlington School of English and how crap it is. They expressed surprise that nothing had been written about it, because everyone they know who's worked there thinks it's shit too."
I can easily believe this asessment, as I once went there for an interview myself, albeit many years back. The labels 'crap' and 'shit' were quick to establish themselves in my mind too, so I see that consistency is also one of their trademarks.
The reports goes on to state that this school pays less than £10 an hour for IELTS teaching, and has a pathetic lack of resources - just dog-eared old textbooks and a few dodgy worksheets. Even worse, the DoS is a disgusting fat bastard who, despite claiming to have ‘run’ a British Council School somewhere abroad (Libya? Saudi?), is utterly lacking in life or brains. On top of that, he has an elevated opinion of himself and is extremely rude and unprofessional in his dealings with staff.
In fact, this all sounds very déjà vu to me - it MUST be the SAME loathsome git of a DoS from way back when!? He was keen to impress on me that he'd worked for the BC in the Gulf, a fact that is hardly something to crow about - unless you're a saddo Tefler, I suppose.
Anyway, somehow The Burlington managed to scrape a measly pass for its British Council accreditation back in 2009. In fact, a closer inspection reveals they didn’t do too well, as the BC report mentions a distinct need for improvement in several areas, and zero areas of excellence.
So - any other news on this dump? Have you worked for this grumpy cunt of a pompous DoS? Please add your comments below!

At the BSE the starting salary for a newly qualified teacher is £27.50 for a three hour session (20 minute break, unpaid). Those with a whole one year of teaching experience are on £28.50 per session, and the highest rate is £32 for a three hour slot – but only if you have a PGCE!
Incredibly, those teaching university preparation classes every morning for three hours are paid at the same rate, despite having to make do with various ageing coursebooks without CD's and having to make up a syllabus with pretty much no help. Asking the DoS for assistance was a waste of time, as he barely had a pulse.
Moreover, because of new Home Office regulations, the classes are going to be slightly longer with only a ten minute break, so that the students get the full three hours per day. Of course, there has been no mention of any increase in teaching rates to compensate for the extra work.
In fact, there is now a new Dos in place, as the old one left two weeks in advance after being badly treated by the Principal. Perhaps she rattled his coffin? Anyway, the new DoS was obviously more suited to the school, adopting a policy of “hear nothing, say nothing” in order to give the Principal no trouble.
However, one teacher had to keep pestering the guy for days to get ANY information about her new class, so that she could sort out books and prepare. Then he told her on the Friday before that there actually WAS no other class. Since the teacher was on a part-time contract, she was left with nothing but a suggestion of a 3-6pm class, which the dippy DoS knew she could not do owing to other commitments. Cracking management skills, eh?
The following Monday the same teacher, who had already considered herself unemployed, received a text message (the school only ever communicates by text) informing her of a new university preparation course starting the next day – even though she had never taught such courses before. It’s an absolute scandal that a school that is accredited by BC treats its students and teachers in such a shoddy fashion.
In contrast to its obvious failings, the school is extremely good at several things, though. For example, they successfully upset several teachers by putting up in the teachers' room a list of students who fail to improve on their exam grades. Alongside the student's name they put the teacher's name for everyone to see, which understandable causes no small offence.
The teacher concerned no longer works there, as she rightly figured she would be better off working in the domestic care sector. It pays the same money, almost ten quid an hour, but is much less bother – and no planning and marking! So you can see, it’s a cracking place to work at, is the Burlington School of English!
Posted by The TEFL Tradesman at 8:28 PM 33 comments: 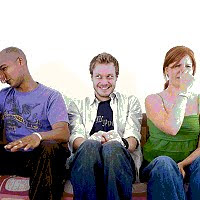 It gives me mixed feelings to report this unfortunate story concerning a fellow Tefler, one who faces losing his job after being found guilty of ‘professional misconduct’ - repeatedly breaking wind in class and in the staffroom, and thus apparently offending his students and colleagues. Would you credit it!
In my opinion the poor bugger, referred to hereafter as Comrade Perdomai, should be congratulated for making the most apposite of statements regarding his chosen ‘career’. However, the UK’s General TEFL Council takes an apparently dim view of his anal antics, and is soon expected to pass its own wind in the form of announcing his punishment, in the wake of a disciplinary ruling last week.
According to Comrade P’s colleagues and students at the Kosy Kebab School of English in Dalston Junction, the 'rude' and 'inappropriate' Tefler enjoyed breaking wind in front of them as they ate their lunch and carried out grammar tasks. In his defence, Perdomai reportedly claimed he had 'inadvertent' outbreaks of flatulence, especially when preparing classes from Headache Elementary and marking students’ terrible homework.
“I find that whenever I pick up a copy of Headache I end up farting – accidentally, of course” stated the offending Tefler. “It is, after all, a totally natural body function, and it’s absolutely fine to let one rip in the privacy of your own home. It’s only when I started dropping bombs at work that it became a problem” he pleaded.
At a previous hearing in Spring, a fellow Tefler told the panel how she frequently complained to Comrade P about his noxious habit. She said: "I just asked him to put a cork in it. It was getting so annoying. I didn't like the smell around the staff-room and classrooms, and it made us all feel sick – especially when we had large hangovers on Monday mornings." The tribunal also found him guilty of other charges, including his lack of respect for his students, cracking crude jokes about the disabled and ethnic minorities, and regularly swearing in front of students and staff during class time.

Perdomai was also found guilty of asking students to lend him money, especially for his ‘weekend medicine’, and of even looking in their purse or wallet if he didn't believe them when they said they had no cash on them. Committee chairman Maureen O’Flagherty said: "The committee has accepted that you made these financial petitions in such a way that considerable offence was generated. The committee has noted the evidence that if a student did not show any willingness to loan you a little ‘pocket money’, you would abuse them roundly and tell them to nip out to the cash machine immediately."

On some occasions, it was alleged, the foul-mouthed Tefler made rude gestures, such as sticking two fingers up behind the backs of students he didn't like, and referring to unpopular colleagues as ‘wankers’ and ‘douchebags’. In mitigation, Comrade P apologised before the panel members and admitted that his behaviour was juvenile, saying that he had started to feel frustrated at work.
“Teaching the present simple tense day in, day out, for the past six months, had led me to seek subversive pleasures that expressed my personal dissatisfaction with life” Comrade Perdomai explained. “It used to give me a subtle thrill to notice that my silent but deadly classroom deliveries had a lot more kick than usual, so then I began planting them, loitering around the empty staff-room for a few minutes to let the gas flood out, but always leaving the scene of the crime before someone walked in.”
“Then I started getting cocky and I’d just grunt as loudly as possible everywhere. That’s progress, I suppose.”
The General TEFL Council is currently considering an appropriate punishment, which could be as harsh as a month of enforced teaching at EF.
Have you ever farted in the classroom? Have you ever been in the staff-room and caught a whiff of someone’s silent but deadly delivery? Please leave your enlightening comments below…
Posted by The TEFL Tradesman at 11:03 PM 4 comments: